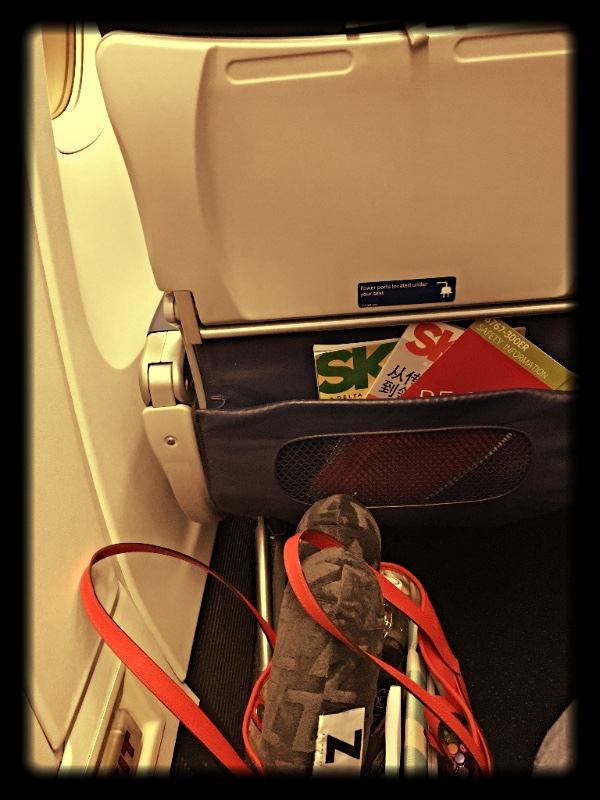 Ever taken a red-eye? They’re not my personal travel preference. But I’m so glad I was on this particular overnight flight.

There were just the two of us: me next to the window hoping to use said window to my sleepy advantage, and the complete stranger seated next to me on the aisle. No talking, just a brief hello and goodnight as we both did our best to comfortably position ourselves for an attempt at a five-hour rest.

Sometime around 2:00 in the morning, between awkward (and not very restful) head jerking sleep, I was awakened by my seat mate abruptly leaping to his feet and I watched him successfully catch a fellow passenger who fainted in the aisle next to him. After flight attendants had been summoned and the ailing passenger assisted back to his own seat (and administered oxygen), my seat mate calmly sat down again and fastened his seat belt and smiled at me as he apologized for waking me.

A bit wonder-struck at all I had just witnessed, I only smiled and assured him all was well. We said goodnight again, and both fussed around unsuccessfully to find another sleep position, and a moment later he invited me to use his shoulder. He said we both might sleep better propping each other than trying to figure it out alone, and at 2:15 in the morning, who can argue with that logic?

I slept soundly until the wheels touched down three hours later.

And here is my fourth tip for you to instantly increase your emotional well-being: SERVE.

Service opportunities are rarely convenient, oftentimes they’re not fun (although not having fun is not a prerequisite to qualify for service), and they usually require a tradeoff of time for something else you’d rather be doing. . . until you show up for your service opportunity.

My airplane friend demonstrated selfless service — at the “inconvenient” hour of 2:00am — and because of his service a complete stranger was helped and I was gifted the most restful sleep possible in a most “inconvenient” and undesirable circumstance.  He also generously donated his in-flight blanket to me after witnessing me shiver (for longer than normal humans).

“There is no exercise better for the heart than reaching down and lifting people up.”  ― John Holmes

When I’m feeling sad, sorry for myself, lonely, upset, and generally hanging out at the bottom of my ladder, laughing, singing, and dancing are certainly useful tools for improving my emotional well-being, but acts of service have a magic all their own: they get me outside of myself.

Being outside of myself allows me to see how incredibly fortunate I am to be able to choose my interpretation of the events of my life. And when I see that I’m the one choosing to be miserable (every time), I make better choices.

If you were to serve at your earliest inconvenience AND to do it regularly, what might that do for your emotional wellness? What would you choose? What acts of service ignite joy in the gifting for you?

“Those who are happiest are those who do the most for others.”
― Booker T. Washington, Up From Slavery

If you want to be happy, be of service to others.