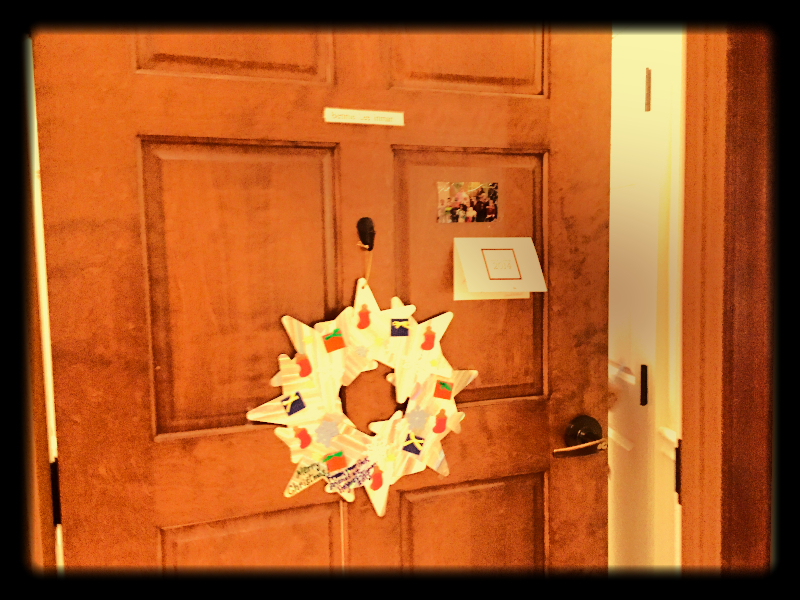 In honor of the Christmas season, my family recently visited an assisted-living facility, where we moved from floor to floor stopping in the residents’ public gathering places to sing a selection of holiday songs.

After our third performance we were approached by a nurse who asked if we would be so kind as to sing for a 100-year-old patient unable to leave her bed.

We immediately obliged and our very large assembly squeezed into a modestly-sized room, where Miss Ellie lay bed-ridden and speechless, but with eyes wide open.

I stood at the foot of Miss Ellie’s bed riveted to the floor as her gaze locked with mine and while I sang, my heart swelled with love, tears spilling from my eyes.

We shared three or four songs, all the while Miss Ellie’s eyes never leaving mine and before leaving her room I approached her bed, bent and gently kissed her, and thanked her for her gift to me.

How often do we stay in the public gathering places of our lives to share our services?

When was the last time you went through an unknown door to simply serve because someone on the other side couldn’t come to you?

Miss Ellie’s fierce devotion to living serves as a reminder to me that behind every door is an opportunity to keep growing when we serve with love.

I was a Brownie Scout for a couple of years between the ages of six-eight. For Christmas one year, our troop went Christmas caroling to an old folks’ home, and we took bananas to give the residents. I thought that was a strange gift to give to someone, but they took their bananas and smiled – giving me hugs so tight I thought they might not let go for me to sing to them. I even remember one lady gripping my hand with her purple-veined one, and I wasn’t sure what to do, so I let her hold my hand until we had to leave.

My maternal grandfather lived the remaining three years of his life in an assisted living facility. He fell and broke his hip after the first year, and then refused to shave again. Obviously, this necessitated him dressing up as Santa Claus for their holiday party because, apparently, his white beard drove the ladies wild. Grandpa. Grandpa. Grandpa.

For the second year in a row since his passing, our family has gathered together at this same facility and walked up and down the halls Christmas caroling. Some of the residents regularly leave their apartment doors open to the hallway, and we are able to wave at them as we pass. Others find their way into the corridor and sit down to enjoy the private concert until we move on to the next batch of apartments. Most sing or hum along with us, but all applaud.

Growing up surrounded by other people (with seven siblings there’s never really anywhere to go by yourself), I always take noise for granted. I especially love when the residents come “outside” to greet us and to thank us, and to express appreciation for our simple visit.

And for the second year in a row, at least one resident opted to join us in our revelry as we walked, singing, from door to door. This year it was Evelyn, and as it turns out, she is the new resident of Grandpa’s apartment, and her accompaniment on our songs was just the alto touch we needed.

I kept thinking that perhaps we should have brought bananas for everyone, too, but bananas were the furthest thing from my mind when I reached out to hold Evelyn’s purple-veined hand; I’m the one who didn’t want to let go.